The Jesters Club and its founder, Jock Burnet 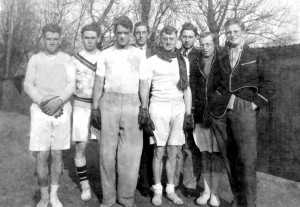 The Jesters were founded in England in 1929 by a St Paul’s schoolboy, Jock Burnet, who wished to encourage the playing of squash and fives. The Jesters in England play not just squash, but also real tennis, fives (Eton and Rugby varieties), rackets and Padel. There is an active fixture list in all these sports which are played against other clubs, schools, universities and the Services.

The Jesters is now a worldwide organisation of over 3,000 members, with branches in the USA, S.Africa, Canada and Australia. Members are elected locally by the committees of each branch and candidates are selected on the basis of playing ability, sportsmanship and contribution to their respective game. 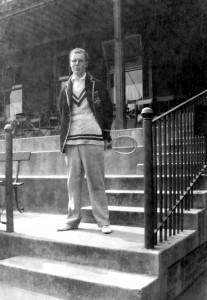 The Patron of The Jesters Club is HRH The Duke of Edinburgh. Although the Club is nomadic, the UK committee meets in London. The club is dedicated in large part to the organisation and promotion of the sports throughout the world and to the encouragement of the game at its most sporting best.

The club was originally known as ‘The Jokers’, but at the suggestion of Jock Burnet’s father changed its name to ‘The Jesters Squash Rackets and Fives Club’. So that was Rugby fives and squash up and running, with Eton fives being added in 1931, real tennis in 1932 (when the Club adopted its abbreviated current name) and rackets in 1937. Rule two of the original Club’s rules stated ‘that the purpose of the Club shall be to play in a spirit not unworthy of the name of the Club’. This spirit is admirably summed up in Jock’s own words as showing “an intention to get away from the serious nature of competitive games where the result may be thought more important than the enjoyment of the players”. 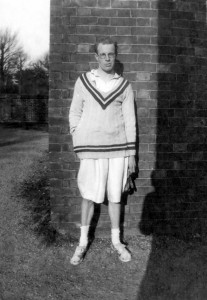 Jock Burnet played in the first recorded Jesters match (Rugby fives) in December 1928 against Alleyn Old Boys. Thereafter the Club grew rapidly adding branches in the USA, Canada, South Africa and Australia. On graduating from Cambridge University where he was awarded his Half Blue for Rugby fives in 1932, Jock became a schoolmaster and, when not on a fives court, an editor. War time service on the Air Crew Selection Board helped him build his prodigious knowledge of Britain’s public schools and led to his appointment as editor of the ‘Public Schools Year book’, a post he held for more than 40 years, prior to becoming Bursar and Fellow of Magdalene College, Cambridge. His reputation led to him being appointed governor of no fewer than five significant public schools. He died in 1989.

For an extended account of Jock Burnet’s life, see www.cu-sparrows.net/history/jock-burnet/